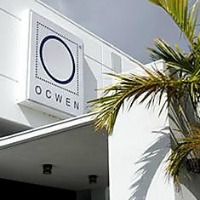 Ocwen on Monday announced that it would be repurchasing up to $50 million in shares, employing a strategy publicly traded nonbanks may be increasingly considering.

A host of considerations go into whether to buy back stock. Buybacks have hit record highs in the market in general, partly because companies want to reassure investors amid volatility that’s depressed some trading prices.

“We believe our recent share price is currently undervalued and does not reflect our financial position, earnings power or the strength of our balanced business model,” said Glen Messina, Ocwen’s president and CEO.

In addition to Ocwen, PennyMac Financial Services and Mr. Cooper recently engaged in or signaled interest in buybacks as have others.

“We haven’t bought back any shares this quarter, but we certainly will be back in the market,” said Mr. Cooper Chief Financial Officer Chris Marshall in a recent earnings call. “We think the stock is trading well below the appropriate value.”

Nonbanks like these are considered a little more likely to start engaging in the strategy this year because mortgage originations have been lower. Meanwhile, bank participation in share buybacks could start to slow, in part because their loan growth has picked up.

“Mortgage origination is expected to be down this year, so that portfolio is shrinking,” said Peter Winter, a managing director at Wedbush Securities who covers regional depositories, in an interview. “One way to overcome the shrinking of your balance sheet is to buy back stock. The banks, on other hand, expect the balance sheet to grow this year.”

Some nonbanks with mortgage servicing rights in particular could find the strategy attractive, said Henry Coffey, a managing director at Wedbush who specializes in housing finance.

“At this stage of the mortgage cycle, for many/most originators it is a great way to generate MSRs at below market cost,” he said in an email.

However, not every mortgage firm that signals interest in the strategy is likely to proceed with it because share repurchases generally only pay off in certain circumstances, Coffey added.

“Buybacks are a good idea if, one, your stock trades at or close to what you think your book value will be over the next six months. Two, you have the cash, cashflow and capital to support a stock buyback, and three, if you are actually serious about buying back a meaningful level,” he said.

While nonbanks aren’t as regulated as banks when it comes to the three Cs, they may have to consider how a stock repurchase could affect their ability to meet some recently re-proposed counterparty requirements key quasi-governmental agencies could have in the future.

Another consideration for public companies in general when it comes to share buybacks, which initially became more prevalent due to deregulation in the Trump era, is that some proposed disclosure requirements for them are pending under the Biden administration.

“There is nothing sinister about buybacks, although one might draw that conclusion from all of the proposals being advanced,” said Robert Johnson, a professor of finance at Creighton University’s Heider College of Business, in an email.

Current securities proposals are unlikely to take effect until 2023 and run into opposition as comments suggest companies find them overly burdensome.

“There’s increased disclosure for share repurchases and accelerated timing being proposed,” said Laura Richman, an attorney at Mayer Brown in an interview.

But so long as other factors like these don’t outweigh the benefits, public nonbank mortgage companies are likely to view stock buybacks as one way to help send a message that their stock is valuable at a time when originations are declining.

“If a publicly traded mortgage company buys back shares, it could cause investors who feel the current market doesn’t bode well for the mortgage industry to think twice before betting against mortgage lenders,” said Andrew Latham, certified financial planner and managing editor at SuperMoney.com, an online financial services comparison platform, in an email.

Next post Repaying a PPP Loan: Everything Business Owners Need to Know