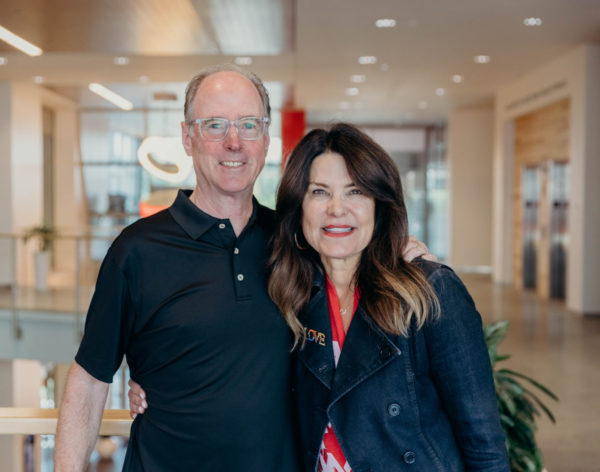 Prior to joining Movement as chief growth officer, Middleton served as president of sales development and recruiting at Fairway Independent Mortgage and chief executive officer of Fairway’s internal coaching platform, Fairway Ignite. A 34-year veteran of the mortgage industry, Middleton held leadership roles including senior vice president at Guild Mortgage Company and Liberty Financial Group prior to joining Fairway in 2013. In her new role, Middleton will lead Movement’s efforts to attract, onboard and develop sales leaders across the country.

“I’m thrilled to join Movement to help the organization grow. I’m here to do more and give more, and to live a life of significance,” said Middleton. “My passion is to love on loan officers and sales leaders, and to help them dream bigger and achieve their personal and professional goals.”

“We hold a deep respect for what Sarah and Steve Jacobson built at Fairway,” said Movement CEO Casey Crawford. “Sarah exemplifies everything we look for in a leader at Movement; excellence in our profession with an unrivaled passion for loving and serving people. Our entire community is better today with Sarah on our team.”

Kevin McGovern joins Movement as director of coaching after serving as executive vice president for Fairway Independent Mortgage and chief operations officer for Fairway Ignite. McGovern has more than 30 years of sales and mortgage experience, including 16 years as a full-time coach. In 2011 McGovern founded his own coaching company, Making Better Happen, and in 2015 he joined Fairway to launch its internal coaching platform, Fairway Ignite, which grew to 175 coaches and over 4,000 clients served.

McGovern brings to Movement a wealth of knowledge in helping others define and achieve success, professionally and personally. As director of coaching, McGovern will lead Movement’s coaching team and develop a best-in-class coaching platform. Throughout his career he’s worked alongside his wife, Debbie McGovern, who will join Kevin at Movement.

“This industry has changed the total trajectory of my life,” McGovern shared. “I feel called to give back and develop others, and I’m grateful to join a company whose mission and values align so closely with mine. I saw an opportunity at Movement to build upon something special, and I’m excited to play a role in the growth that’s to come.”

“We could not be more thrilled to welcome Sarah and Kevin to the Movement team,” said Movement President Mike Brennan. “They are both powerhouses within the industry, and just what we need to take Movement to the next level. Their collective experience and knowledge of the mortgage industry and coaching will make an exponential impact not just within our company, but in the lives of our teammates as well, for years to come.”

Movement Mortgage exists to love and value people by leading a Movement of Change in its industry, corporate culture and communities. Funding approximately $30 billion in residential mortgages annually, Movement is the sixth-largest retail mortgage lender in the US Movement is best known for its innovative mortgage process and referable experience, which begins with Upfront Underwriting and a seven-day loan processing goal. The company employs more than 4,000 people, has more than 650 branches in the US and is licensed in 50 states. After funding its balance sheet and investing in future growth, Movement’s profits are paid to its primary shareholder, the nonprofit Movement Foundation. To date, Movement Foundation has received more than $360 million of Movement profit to invest in schools, affordable housing, communities and global outreach. For more information, visit www.movement.com.

Previous post How to Transfer Colleges: A Step-by-Step Guide

Seasonally-adjusted delinquencies tracked by the Mortgage Bankers Association set another record low in the second quarter even though a separate...

There are two ways to go about planning to buy your dream house. You can look at your salary and...

Today we’ll take a look at the top mortgage lenders in Colorado.Interestingly, the top lender in the state isn’t a...

Nonbank mortgage payrolls declined for the second consecutive month, but with mass firings increasing towards the end of June, the...

A California real-estate firm and tech startup has added a mortgage brokerage division, making it the latest in a growing...